At the Diabetes Congress last month, I had the pleasure of reconnecting with the team at Roche Diabetes Care, whose stand had turned a noticeable shade of green. But more on that in a moment…

The AccuChek Guide is currently my blood glucose meter of choice, and for good reason. Not only is it a meter that I can trust, but it’s also a modern one that’s designed for the 21st century. One of my favourite features is its Bluetooth, which wirelessly transmits blood glucose readings to the Accu Chek Connect smartphone app for instant review.

My biggest gripe about most diabetes smartphone apps are their lack of bolus calculators. I can personally see no benefit in logging things like insulin doses or carbohydrates without the essential ingredient that delivers value to me: a bolus calculator.

Despite using an insulin pump, I have found myself in need of a good bolus calculator several times over the past two and a half years. I’ve taken three breaks from my insulin pump during that time, in addition to also using the YpsoPump which does not have a built in bolus calculator itself.

The bolus calculator contained within the AccuChek Connect app has been disabled for over 18 months now, due to a bug that was over estimating insulin doses. I’ve put out calls for help on Twitter and Googled in search of any hacks with very little luck. I’ve been waiting patiently for an update that is yet to surface.

While the Connect app is still available to use, I was told that there are no plans to resurrect the bolus calculator anytime soon, with Roche now focussing their efforts on MySugr.

MySugr is basically a diabetes logbook app with the aim of ‘making diabetes suck less.’ Hence all the green in the stand. I have not personally used it, but I do hear it is quite fun and motivating to use.

The AccuChek Guide will wirelessly transmit blood glucose readings into the MySugr app. I was also pleased to hear that an extension of a bolus calculator to the app is awaiting regulatory approval. Fingers crossed!

Despite Roche’s exit from the insulin pump market in the US last year, AccuChek insulin pumps are still being manufactured in Europe and I have still been reading headlines about new developments in the pipeline. Roche insulin pumps don’t appear to be a popular choice among Aussies, and I did wonder if the lack of insulin pumps on display was a reflection of this or a lack of confidence in their product. Or perhaps I simply didn’t see the pumps on display…

More excitingly, I have heard that Roche has plans in the pipeline to distribute the Eversense implantable CGM system in Australia. I don’t know much more than this, and the system will of course need to receive regulatory approval first. You can have a read of this guest blogger’s review from Europe over at Diabetes Strong.

More enhancements and innovations that will support people in their chosen therapy is always a good thing.

And a cool new coffee mug. Because more excuses for coffee is also a good thing. 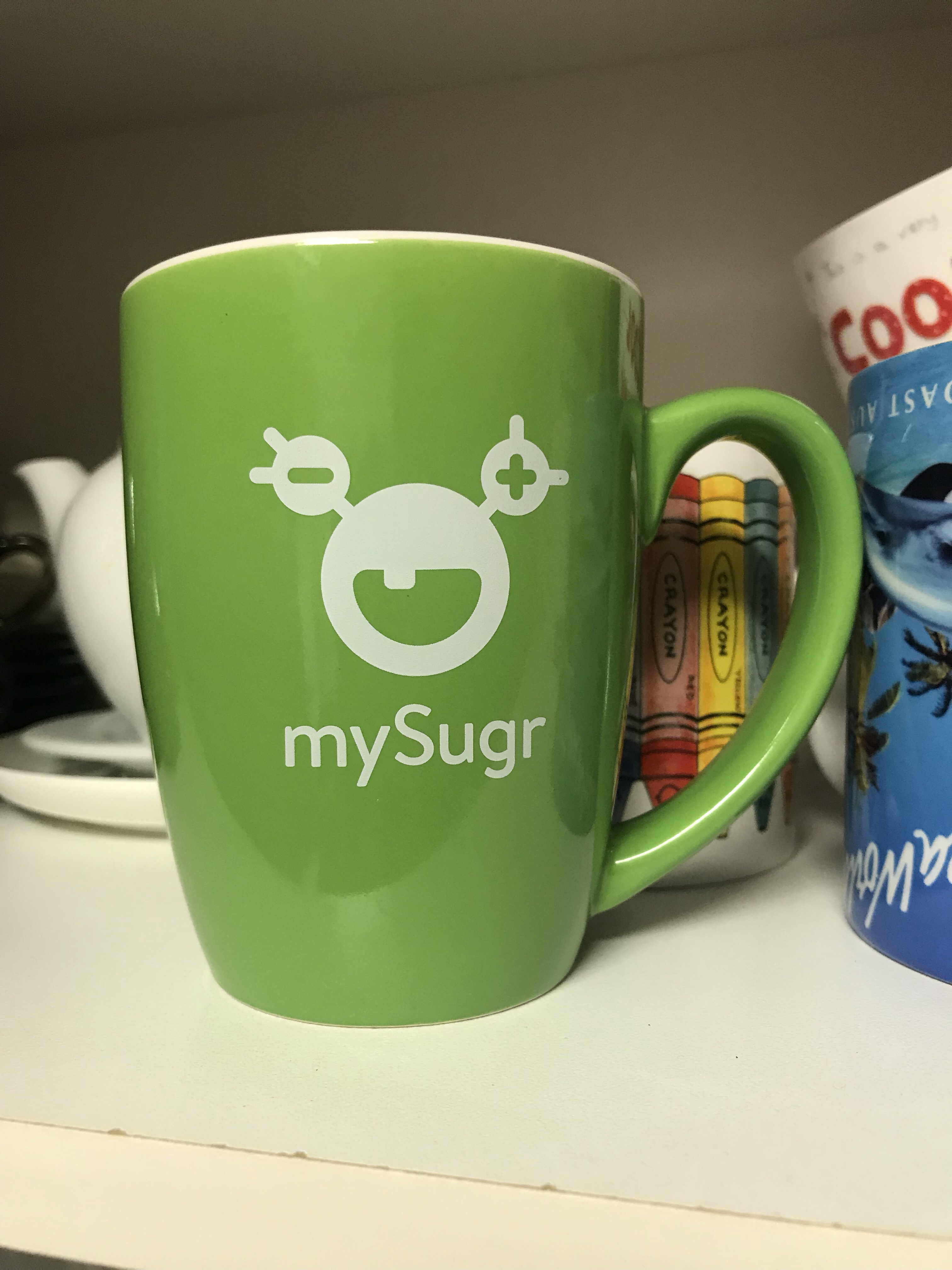 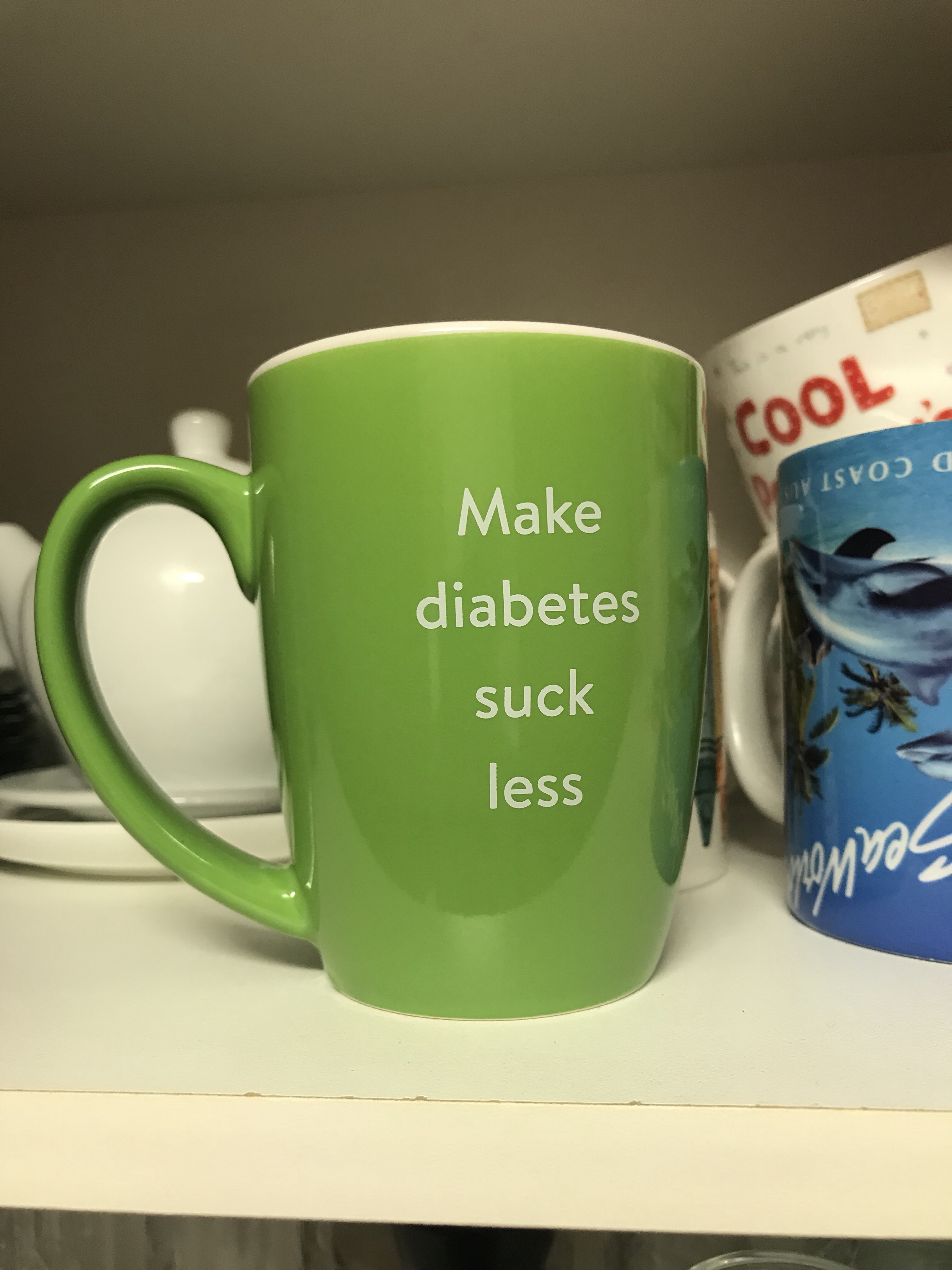 Disclosure: Diabetes Australia covered my travel, accommodation and registration costs to attend the Australasian Diabetes Congress. These are my own views, and not those of Diabetes Australia. My time, including the annual leave I took from work to attend, was my own.