Last weekend, I was lucky enough to get to Sydney to attend HealtheVoices (which I learned is actually spoken more like ‘healthy voices’ rather than ‘health-e-voices’).

After seeing the wild popularity of this conference among folks in the diabetes community who had attended US editions in recent years, I was curious to see what it was all about. This was the second edition that had been held in Australia, and my first time attending. Even if I didn’t get anything out of it, I figured it would still be worth attending just to catch up with some of the diabetes gang that would be there.

HealtheVoices is run by a company called Janssen (pronounced yaan-sen), which I believe is the pharmaceutical division of Johnson and Johnson. Their mission is to create a world without disease, and hence this program which is designed to support online health communities and advocates.

Some of the other health conditions represented there included crohn’s, colitis, arthritis, various cancers and cystic fibrosis related diabetes. There were people living with the conditions, representatives from health organisations and carers. I was once again on the receiving end of stunned looks upon telling people I had travelled all the way from Perth.

SANE Australia, who appeared to be a major partner of the conference, supplied at least 20 or 30 mental health peer ambassadors, which speaks volumes about the prevalence and need to address mental health.

Throughout the weekend, I found myself explaining to others how the diabetes community operates, and how the diabetes ‘gang’ has become somewhat of a close knit group through social media, industry sponsored events, advocacy work and similar interests.

As I was listening to keynote speeches and personal experiences being shared on stage, I was left wondering what ‘community’ looked like for people living with health conditions other than diabetes.

Just last week, I wrote about how I have so many different ‘tribes’ that make up my diabetes support system. It couldn’t be more true. Because no matter where I am or who I am with, being part of the diabetes community always makes me feel that I am part of something bigger. I always, always, always feel like I am part of a community that has my back.

I really wondered about the dynamics of other health communities, what sort of a role consumers have in those communities, and whether they were as ‘closely knit’ as mine.

Something tells me that the diabetes community really is leading the way.

Disclosure: Janssen ANZ covered my flights, accommodation and shuttle to Sydney airport to attend HealtheVoices. Dad gave me a lift to and from Perth airport, and I happily paid for my train fare into Sydney CBD as I wished to arrive earlier in the day. I was fed and watered across the duration of the event, and also received a tote bag with some HealtheVoices stationery.

The only condition of my attendance is that I would disclose the above if I chose to share my experience online. These thoughts are entirely my own. I happily gave up a day of annual leave from work to attend, as well as my Saturday.

But after this post I shared earlier this week, I kind of felt like it was only fair that I balance it out with some of the upsides. Because, there have been a lot of silver linings to a faulty pancreas. I’m not allowing myself to talk about fellow people with diabetes in this post, because I think I harp on about my peers all the time.

Nutrition. Before I was diagnosed, I ate a lot of processed foods. Almost every day after school I would open a packet of crisps, pour myself a glass of soft drink or eat a plate of ice cream. Diet staples included sugar laden breakfast cereals, muesli bars, glasses of juice, sugar for my coffee, Nesquik powder and syrupy yoghurts.

Although I wasn’t overweight, I was a bit of a chubby kid growing up and always felt a little self conscious for it (ironically, now I have the opposite problem!). I still enjoy treats on a daily basis, because life is too short not to drink the coffee or eat the Cannoli. But I guess living with diabetes has made me far more conscious of what I’m putting into my body, and I have made a lot of changes to what I eat.

Confidence. Living with diabetes has taken me one massive step outside of my comfort zone. I can’t say that I ever would have dreamed of speaking about diabetes in front of my peers, let alone in front industry and healthcare professionals. Being my own advocate around others in managing my condition has given me a massive shot of confidence, that I daresay has carried through to the non diabetes aspects of my life. 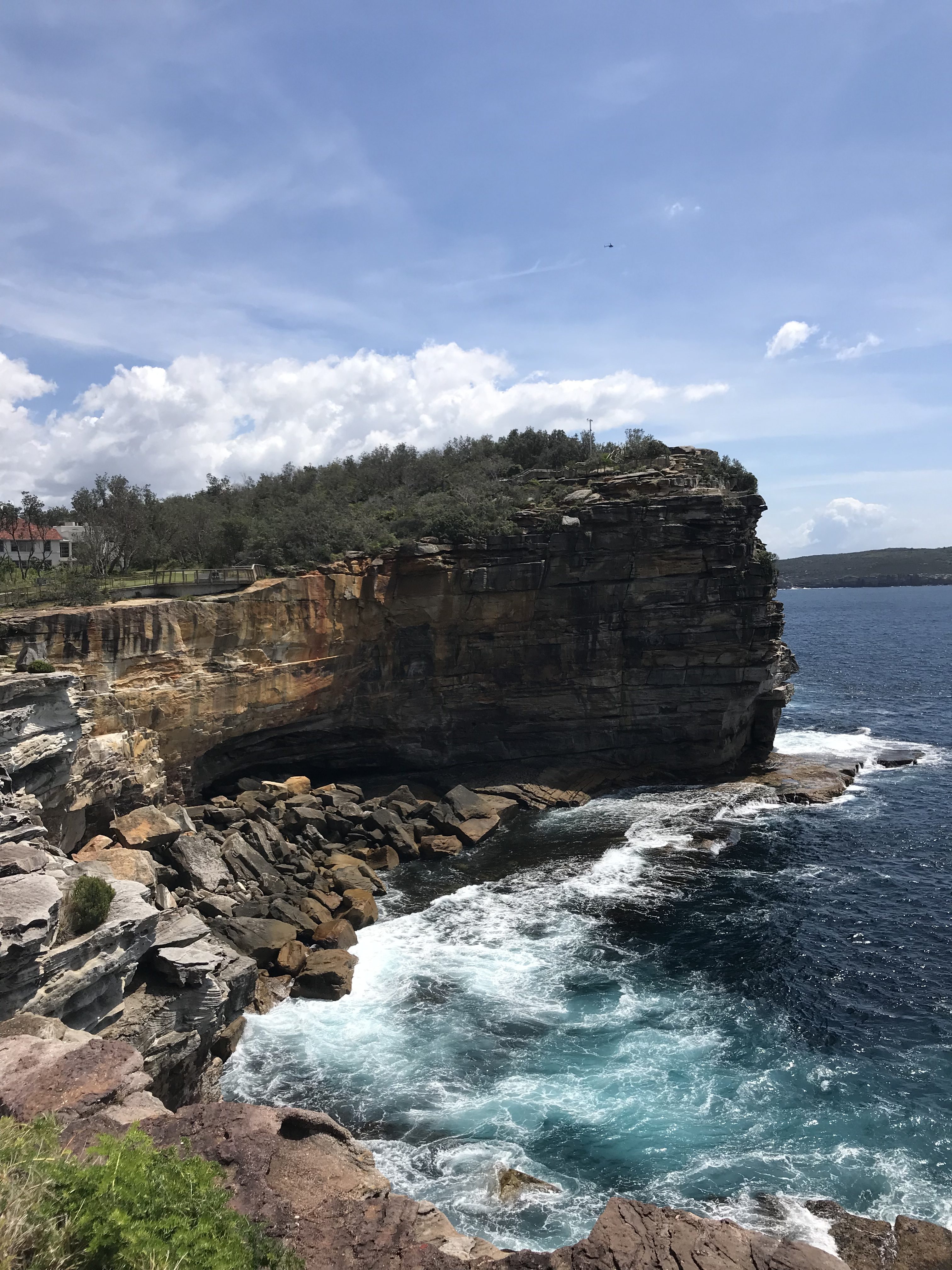 New places. Diabetes has taken me to so many new places here in Australia, and to be honest I’m not too sure that I would have been open to so much travel if it weren’t for the places diabetes advocacy has sent me to.

No more charity guilt. I have to admit I always felt guilty for turning down a cold caller or door knocker asking for money, but now I can actually ditch the guilt because I know that there are charities and orgs in the diabetes community which I actually do support.

Self care. Living with diabetes has taught me to make myself a priority. I think I’m far more in touch with how I am feeling, and what I need to do to look after myself both physically and mentally. Whether that be preparing meals, putting on my trackpants and watching some Netflix, going for a walk in the sunshine, or going to bed a little earlier tonight.

A smaller world. Because the world is so, so big. There are geographical barriers including suburbs, cities, states and countries separating me from other parts of it. Yet the diabetes community has broken down all of these. Because it truly is a global one, with information and peer support available at my fingertips 24 hours a day.

A blog. I have to say I was always a little obsessed with the idea of blogging a decade ago, with the little archive tabs on the sidebar categorising past posts by months and post counts. Today I’m the proud owner of my own little corner of the internet, which definitely would not exist if it weren’t for my defunct beta cells.

I’ve lived with type 1 diabetes for eight and a half years. Depending on where you sit on that spectrum, that will either feel like a remarkable feat or nothing more than a drop in the ocean. 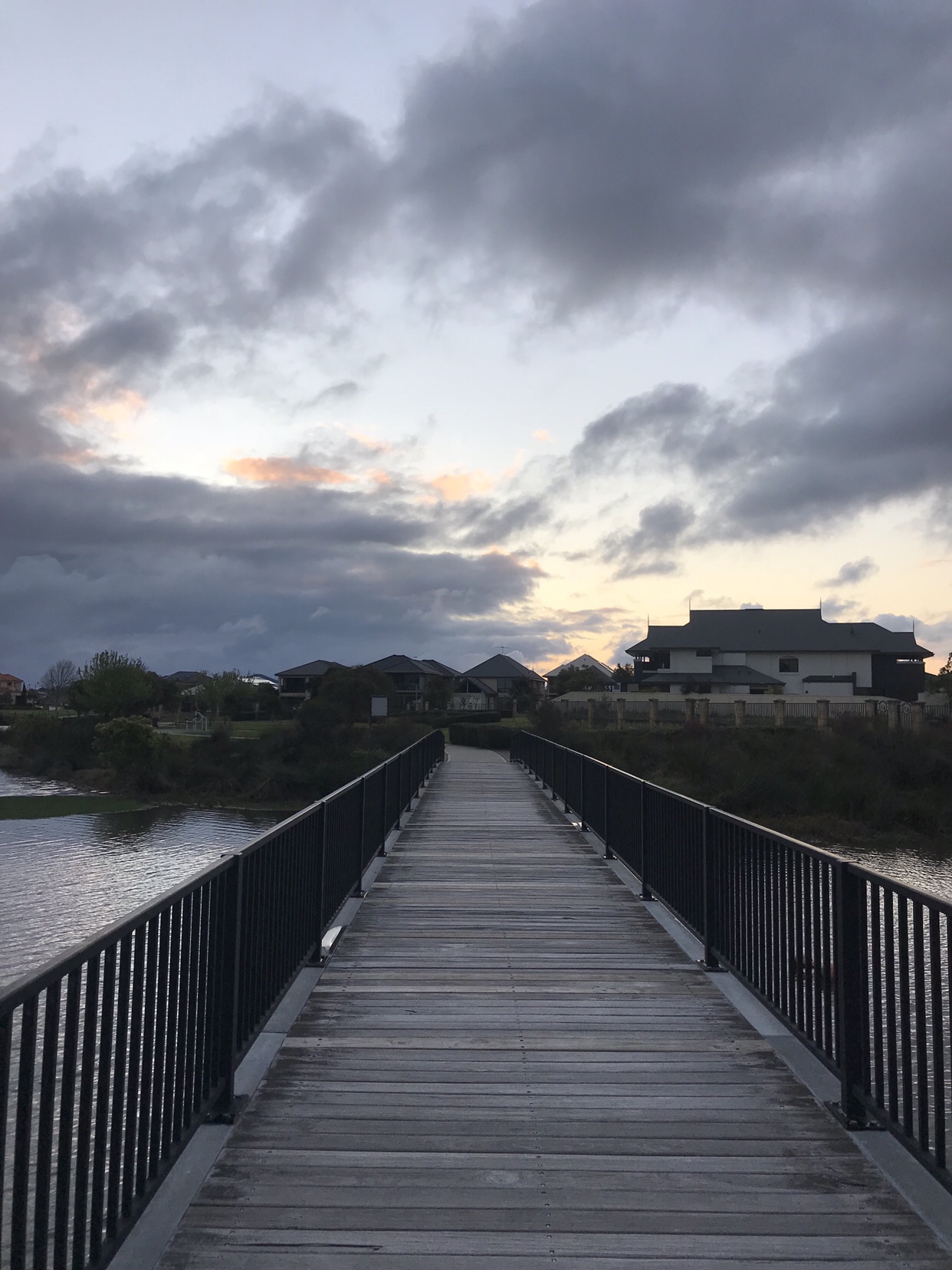 I can remember the isolation I felt when I was diagnosed. I can remember locking myself in my room, and burying my face in my hands when I had the umpteenth hypo of the day. Or dropping the f bomb and smashing my fists into the wall when I woke up to a BG of 20.

Those things still do occasionally happen. Only the other night, I had been rage bolusing insulin all evening and was getting extremely agitated with every swipe of my FreeStyle Libre reader. When bedtime rolled around and my BG of 14 still hadn’t budged, I swapped out my insulin and changed my site, furious that I wouldn’t make it to bed on time.

But, I’ve come a long way in those eight and a half years. The one thing that stands out to me most in my journey, is that I have never stopped learning. There are so many things that I wish I had figured out sooner. So many tricks of the trade that mean those frustrating, sweary, agitating blood sugar related things don’t happen so often anymore.

If I could go back and give some advice to my newly diagnosed self, these are some of the things I would say.

Get online, and take an interest in diabetes.

Take your diabetes gear with you every time you leave the house.

Food is fuel for your body.

Focus on eating fresh food, and meals that you’ve prepared yourself.

Eating when your blood sugar is high, will only send it higher.

Diabetes will affect you emotionally, just as much as it will physically.

Diabetes management is a marathon, and not a sprint.

You can read my advice in full in my special column for World Diabetes Day over at Diabetes Daily. I’m extremely proud of it.

Diabetes is an incredibly isolating condition to live with. Nobody around me can see the relentless decision making, thought processes and feelings that I am left to deal with on my own. To add to that, I do most of the housework including finger pricks, pump maintenance and eating glucose tabs in a quiet place.

When I was first diagnosed, I didn’t know a single other person like me. Over the weekend, I connected with three fellow type 1s, each of whom had developed strong peer support networks within a short timeframe after their diagnosis. I was in awe. I didn’t even think of searching for diabetes in my search bar or on Facebook. Mind you, I can’t say that I would have had an open mind to peer support at the time. Regardless, I kind of stumbled across it by accident.

Abbott’s first DX event in 2016 is a memory that will always hold a special place in my heart. It was the first real time I had spent in the company of a group of people with diabetes just like me. It was a place where I was finally able to put faces to many OzDOC folk who I had only ever chatted with online.

Today, I count myself lucky that I have so many more ‘tribes’ of people with diabetes that I can rely on for peer support. They truly have changed my outlook on life with diabetes for the better.

Some are near, while others are further away. Some are people with diabetes, while others are connected to diabetes. I chat with them online and see them in person at diabetes meetups. I’ve learned a lot from them, and they have definitely inspired me. They are the ones who truly ‘get’ it. They are a reminder that I am not alone in the highs, the lows, the unicorns, the emotions and everything inbetween.

I’m also super grateful for my own two parents, who have supported me unconditionally since the day I was diagnosed (or should I say, born!). Little things like offering to accompany me to appointments in the earlier days, listening to me talk about diabetes, helping me out financially and reminding me that they’ll always have my back.

On World Diabetes Day, Diabetes Australia are asking us to shine a light on ‘My Diabetes Family.’

Today I’d like to raise a coffee mug to mine.

You have all truly changed my life for the better.

I honestly don’t know what I would do without all of you. 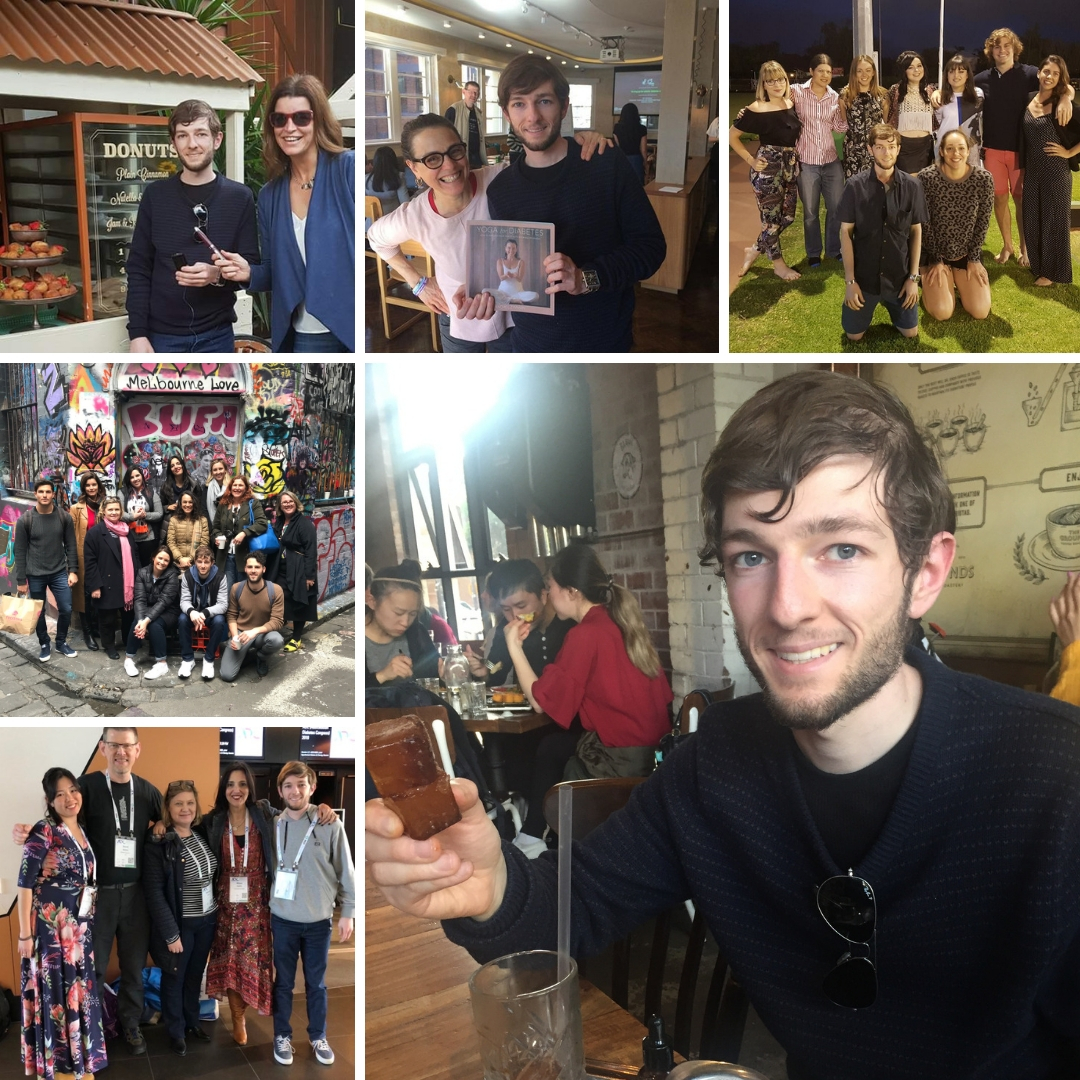 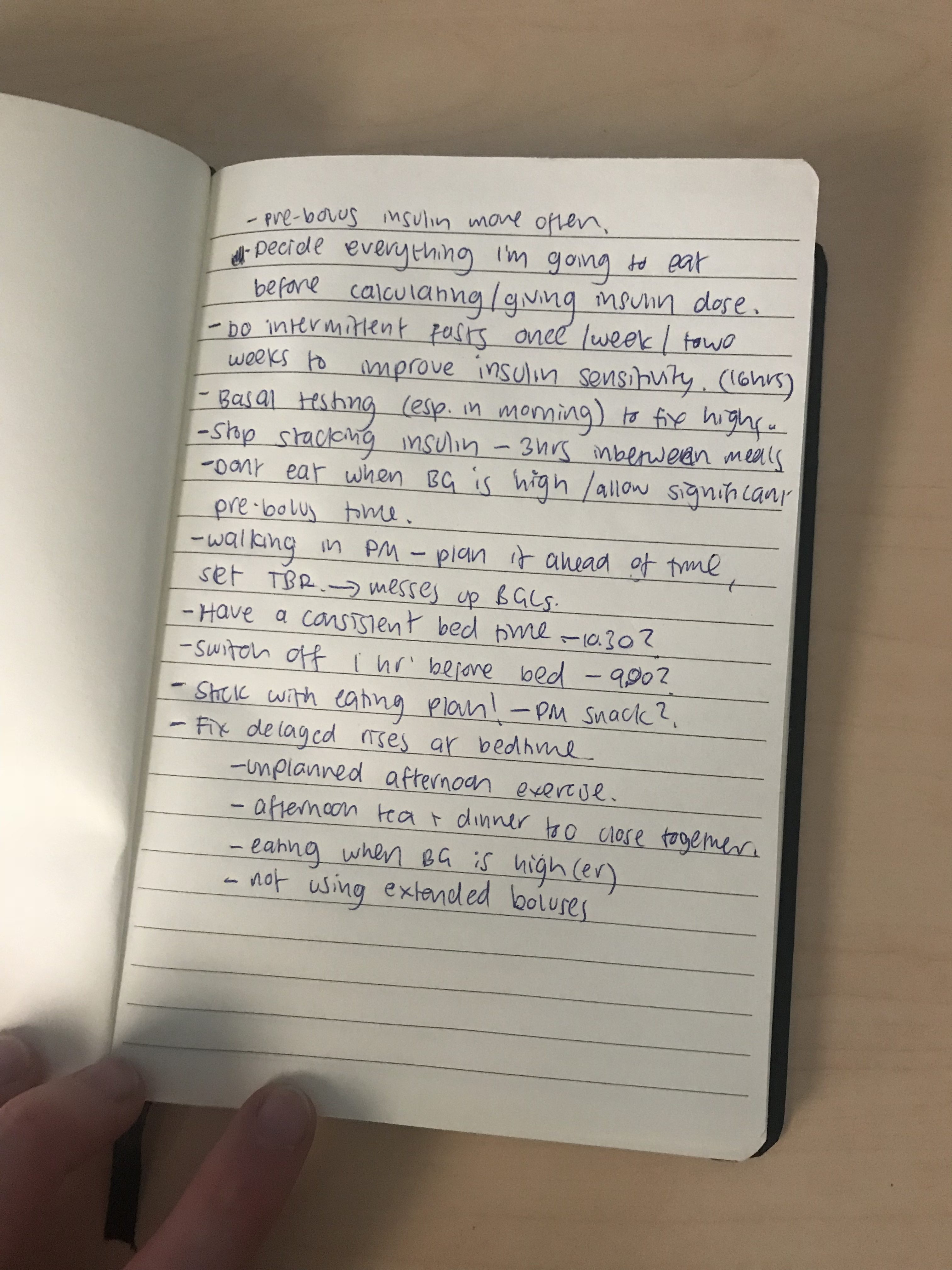