It hasn’t been the best start to the trip for me. After being in travel mode for most of yesterday, I probably ate less than I normally would. Which meant that come night time, my usual Lantus (long acting insulin) dose was too much and my Blood Sugar Levels plummeted overnight. Twice.

I also had the WORST night’s sleep. I went to bed at 1.30am, woke up at 3.30am and again at 5.30am to deal with hypos. Add to that a dry, scratchy travel throat and Canberra’s below freezing temperatures, and you’ve got the perfect recipe for being sick. And considering that I haven’t actually been flu-sick in over a year and a half, it really does seem like bad luck!

Anyway – that’s all the diabetes talk done for the day. And I did manage to have a fantastic first day here in Canberra after all.

I finally figured out why the Politicians decided to set up base in Canberra of all places. Its so cold here that most of us will leave them all alone here to fight amongst themselves (kidding!). But yes, the weather was absolutely freezing. Like, so cold that my fingers will go numb if they were out in that wind for too long. 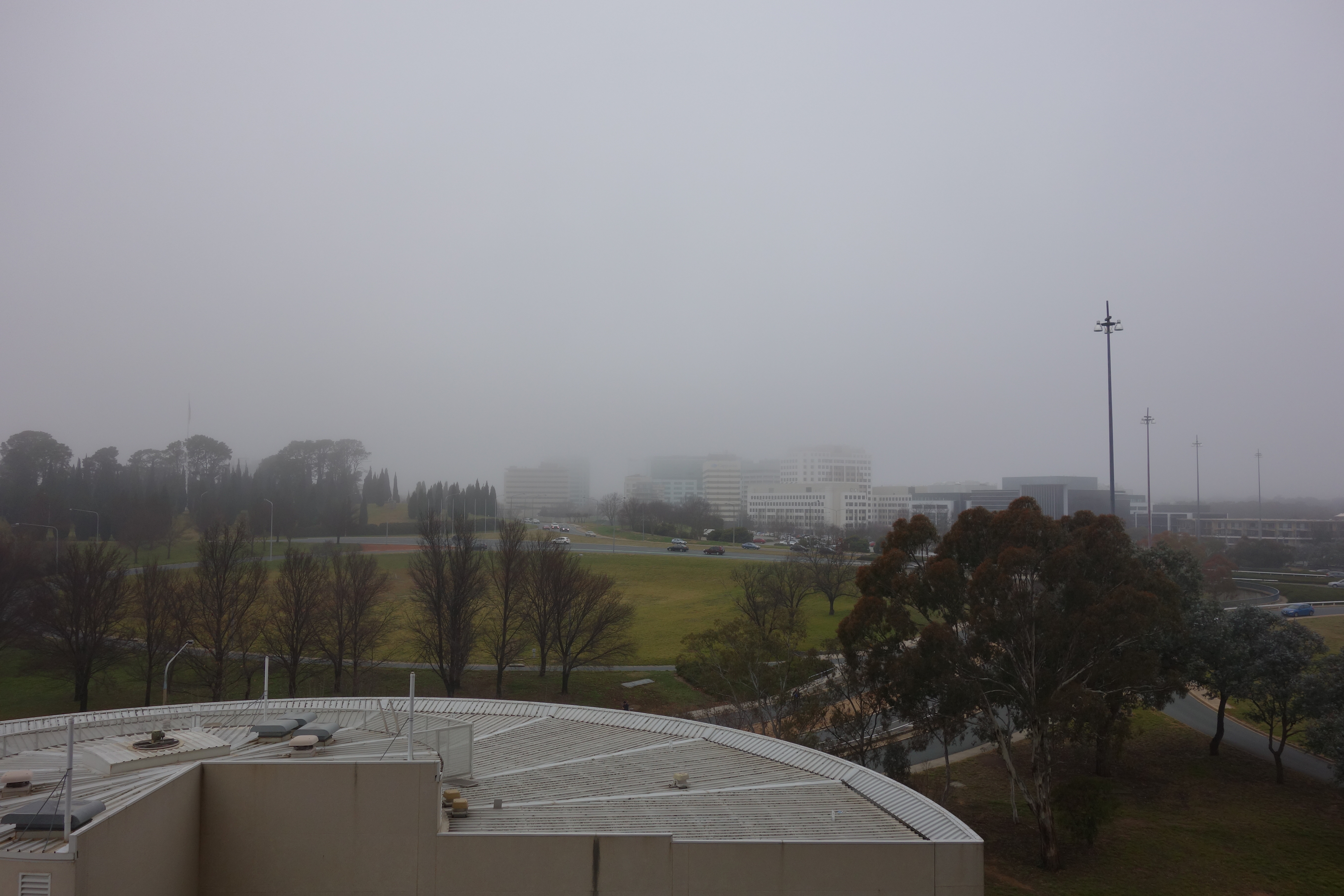 The day started out with a thick blanket of fog over the city.

Which quickly cleared away to a cold but sunny afternoon spent at Parliament House.

Getting in is like getting past airport security. And if you’re lucky, you might even be pulled aside for explosives testing! I must have beeped twice going through, forgetting to take off my belt and my insulin pen.

I’ve only been there once before on a day trip from Sydney, so it was great to be able to take my time there this time around. 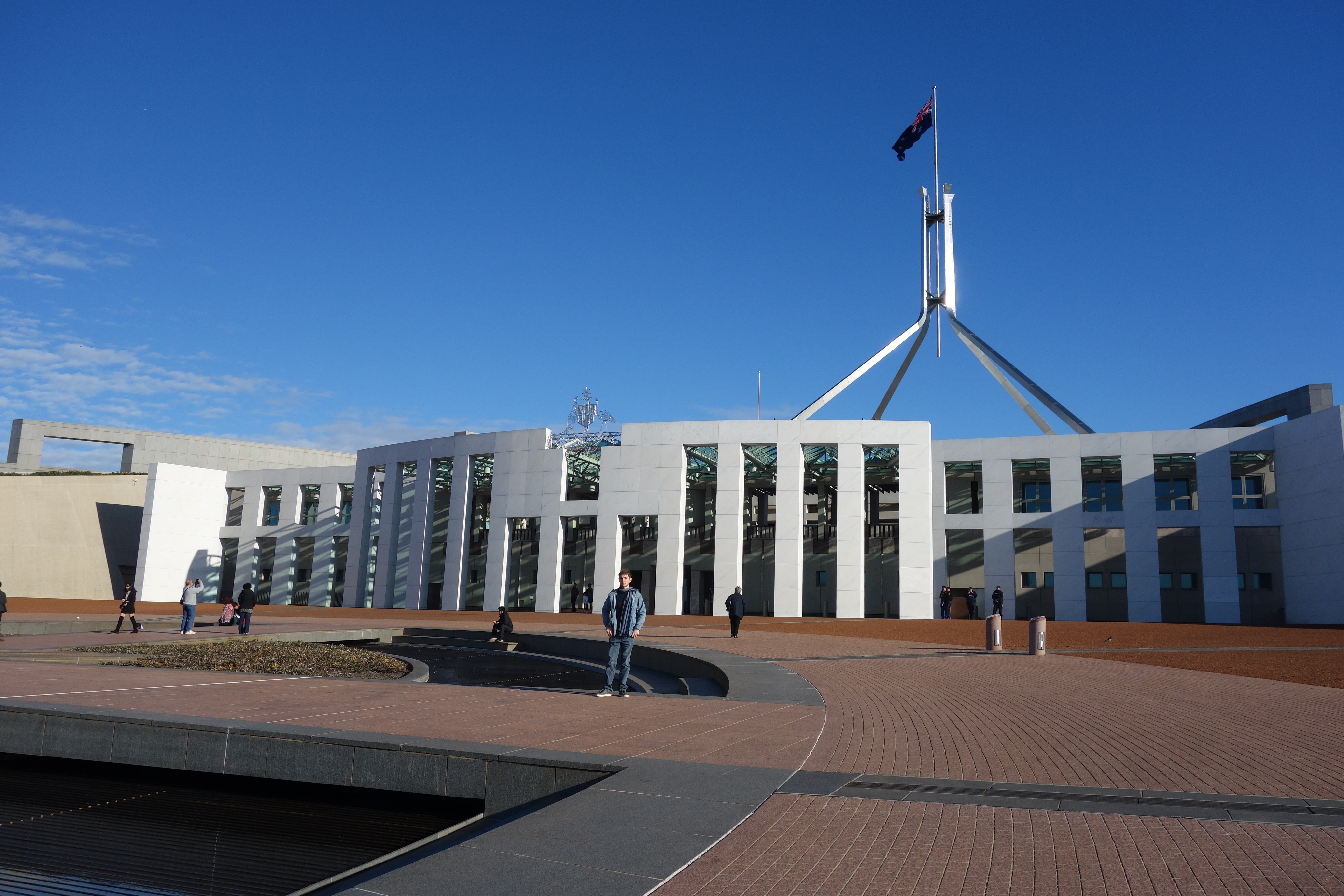 Having a photo in that marbled foyer. 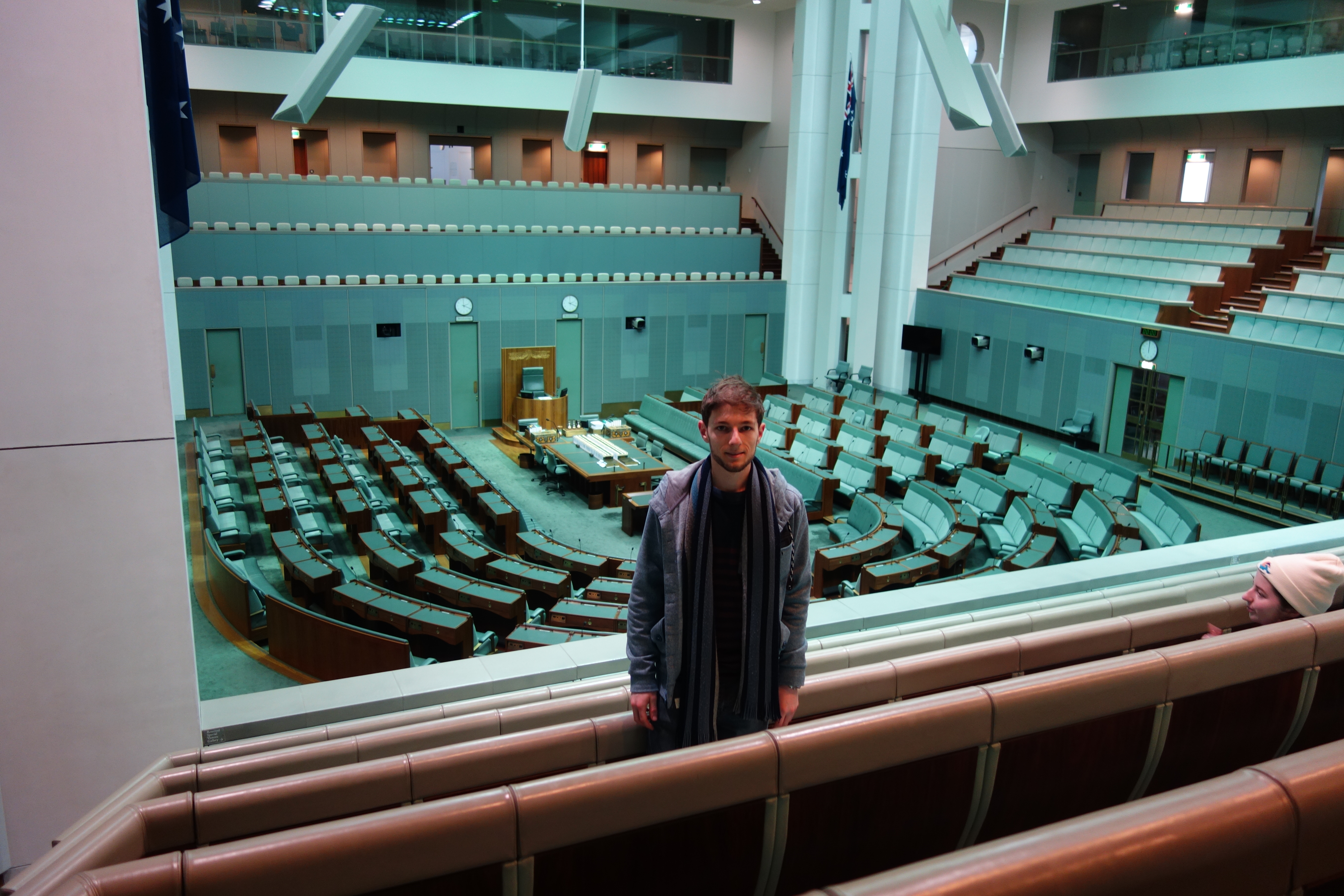 Checking out the sitting rooms where those politicians argue with each other all day. 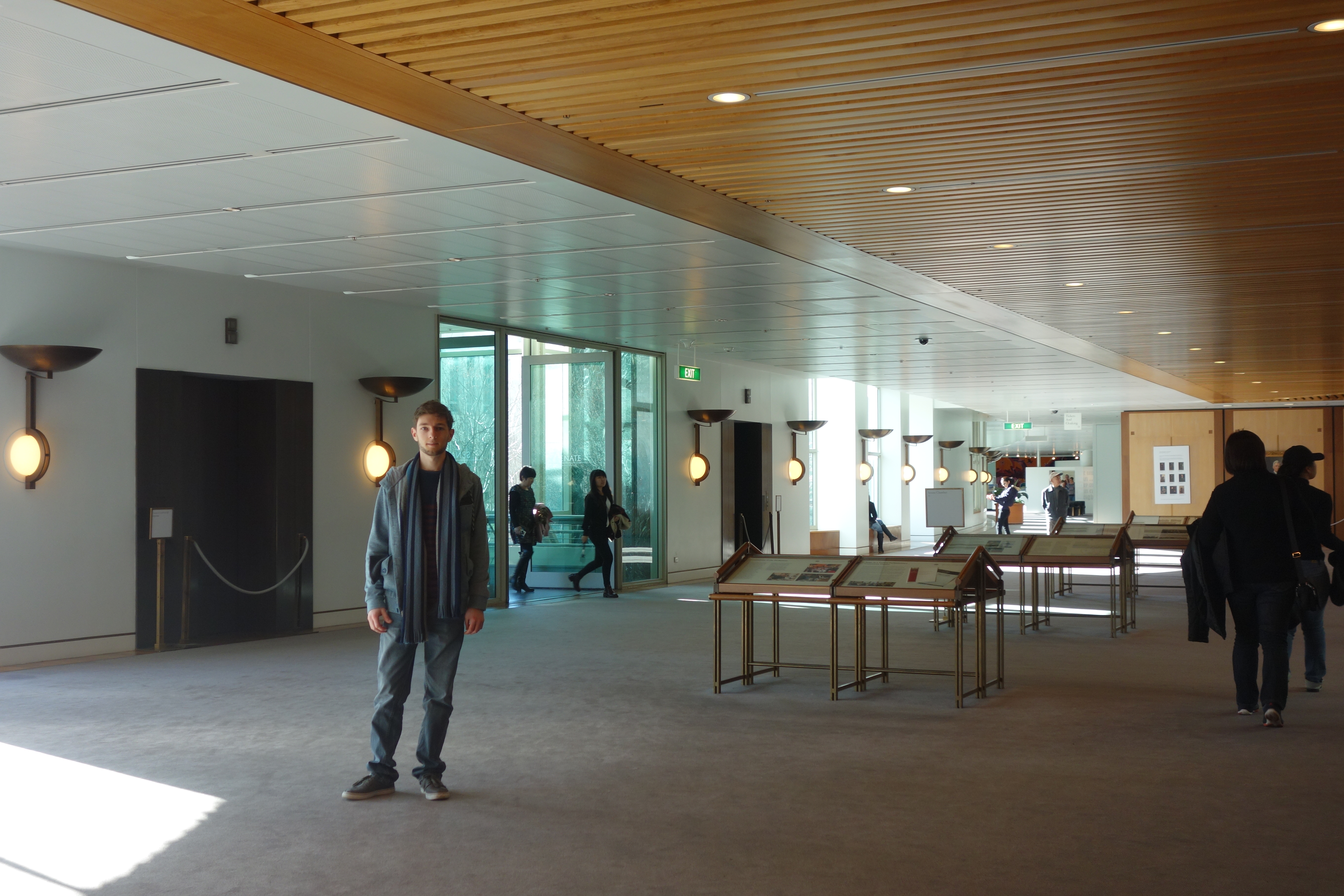 And walking those corridors that some of the highest paid public servants have walked.

More importantly, this is the place where decisions are made and debated upon relating to me and thousands of other people living with diabetes here in Australia. Like access to subsidised diabetes supplies and equipment, and healthcare schemes like the NDSS, which help to deliver these resources. Not all of the outcomes decided here are a complete win for people like me, but overall I’d say I’m pretty lucky to have diabetes here in Australia.

This afternoon did a lot to lift my spirits. I’ve gone pretty cautiously on the food and insulin so as not to go hypo again tonight. Now all I need is a good night’s sleep and a clear throat by morning and I’ll be a happy man.