My levels have been a bit of a mess over the past couple of weeks.

A few weeks ago, I began to notice my blood sugar levels slowly but steadily rising through the night. I found myself waking up to blood sugars of 8 or 9 at around 2am and giving a correction, only to find it had little effect by the time morning rolled around.

After I had ruled out any after effects of afternoon snacking or evening meals, I began increasing my overnight basal rates until I had curbed that steady rise.

But I still hadn’t quite managed to clean up the spill.

To add to my woes, the FreeStyle Libre sensor I’m wearing at the moment to fine tune those rates has been producing long flat red lines through the night – the kind of ‘LO’ readings that make me a walking talking miracle. Thankfully, multiple finger prick readings quickly confirmed that Libre is at fault, and not me.

I’m usually quite tuned into carb counting, protein and how I bolus for my meals when I’m on my feet at work. Yet morning after morning, I would bolus for my breakfast and find my blood sugar spiking into the teens. Those highs would carry through into my morning tea and lunch.

Eating is something that I can’t really afford to be skipping at the moment. I’m working on packing more into my meals to fuel my active days so that I don’t feel so dreadfully exhausted and limping into bed at night. I’m a better person for it.

As I was setting up the basal profiles on my brand new tslim over the weekend, a mental lightbulb flicked on in my head.

If I had increased my basal rates through the night to cover my dawn phenomenon, why hadn’t I increased them to cover my insulin resistance the moment I wake up? 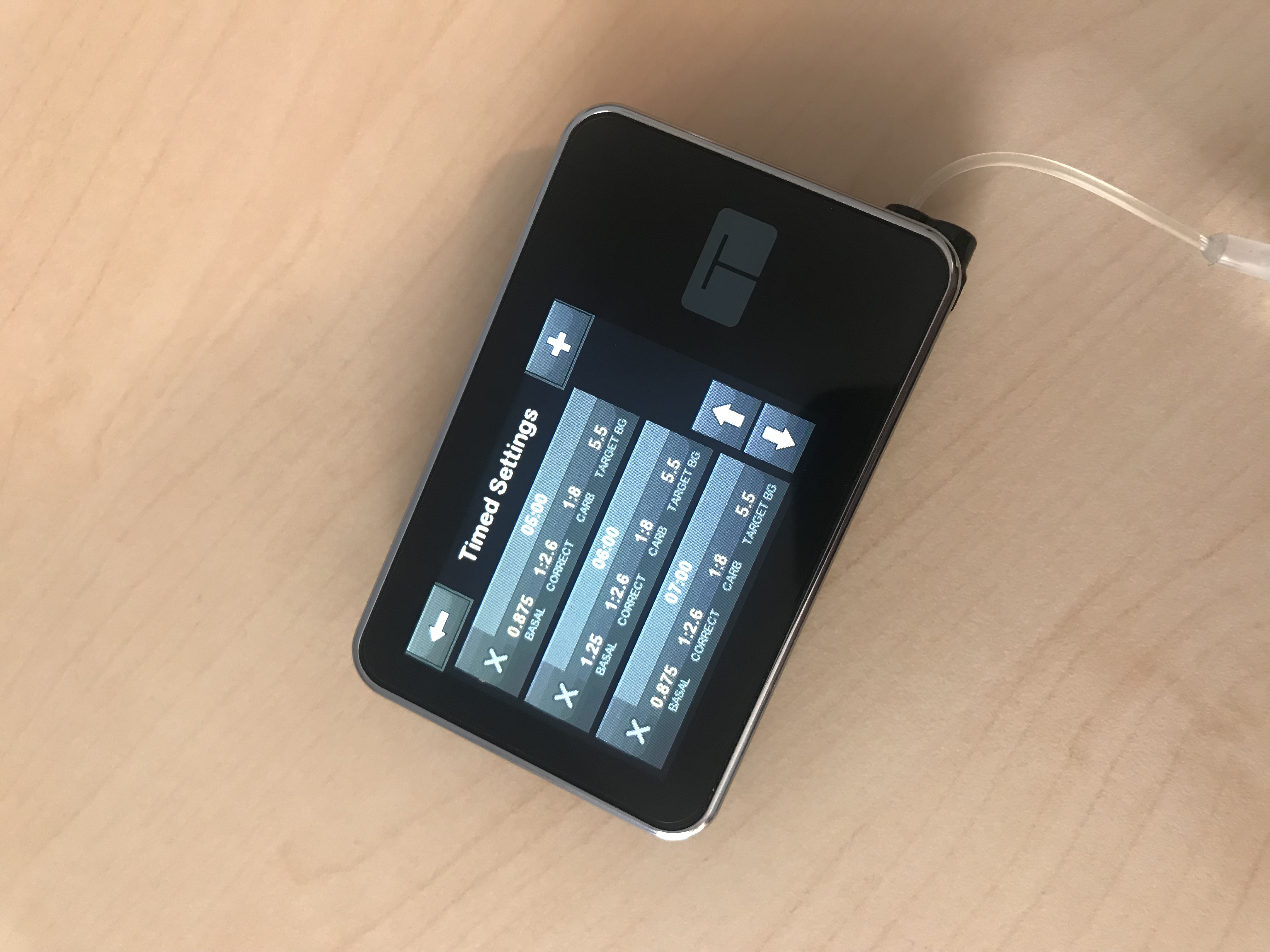 I have been tinkering my overnight basal rates back and forth since I began pumping insulin two and a half years ago.

I have a theory that the lighter mornings during Spring and Summer enhance that insulin resistance in the wee hours of the morning, compared to the darker days of autumn and winter.

After upping my waking basal rates by 25%, in line with what I had done through the night, I’m hoping I have a better week in store for me.